As an old acquaintance of mine used to say, "Hah. Friday the thirteenth falls on Tuesday this month." I actually thought it a rather silly thing to say; still do. Yet I have adopted it myself, inasmuch as I have decided that a feeble attempt at humor is better than no humor at all.  (File in "Lame Jokes" folder.) 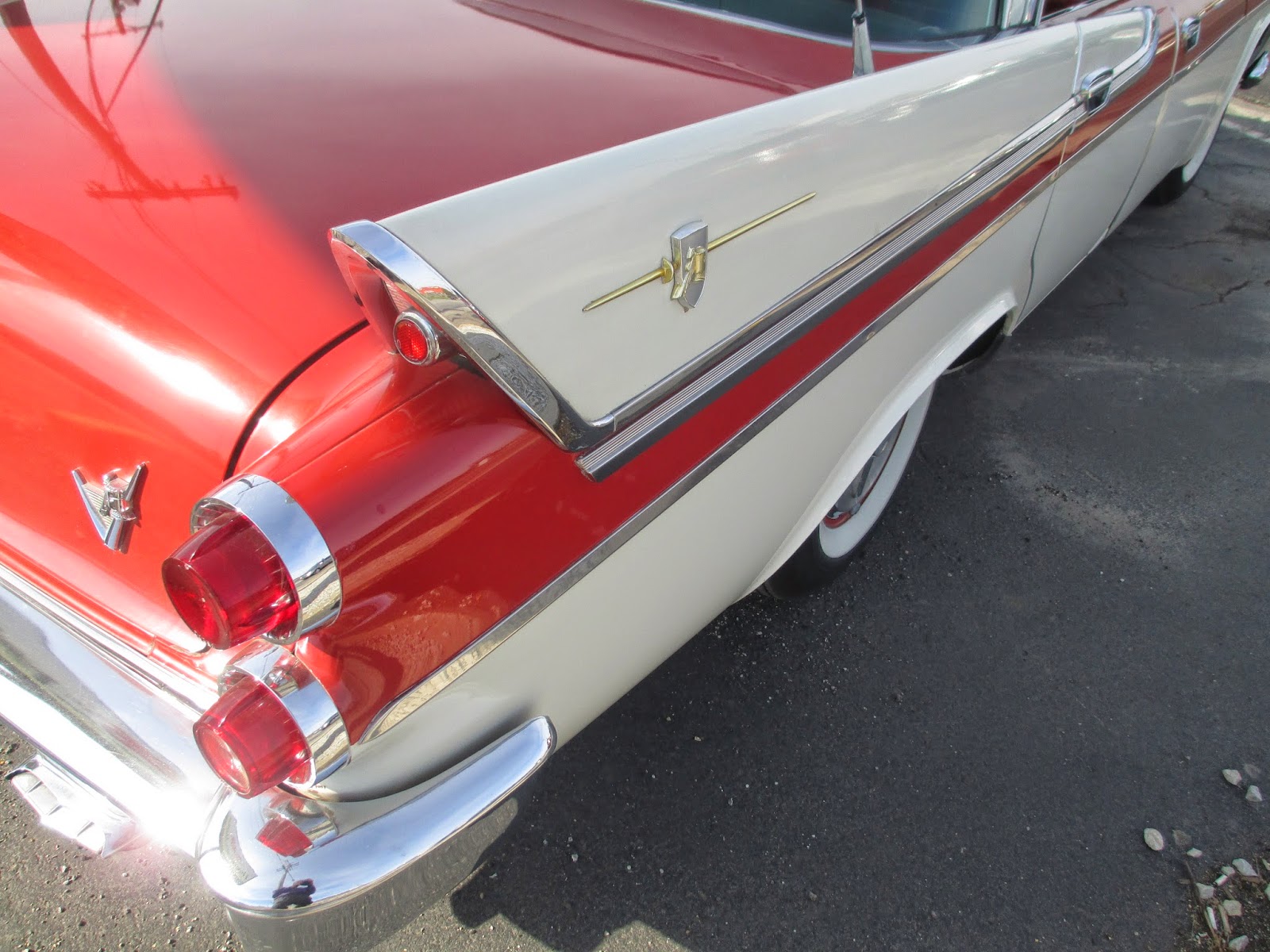 As I was riding my bike around town a few days ago, I happened upon a car show.  I had not been aware that the event was taking place in our town, since I am somewhat out of the loop.  Serendipity.
I strolled around enjoying the display of old iron (and fiberglass, in some cases).  I took several snapshots, but my offering here makes it clear which vehicle was my "Best of Show" choice. 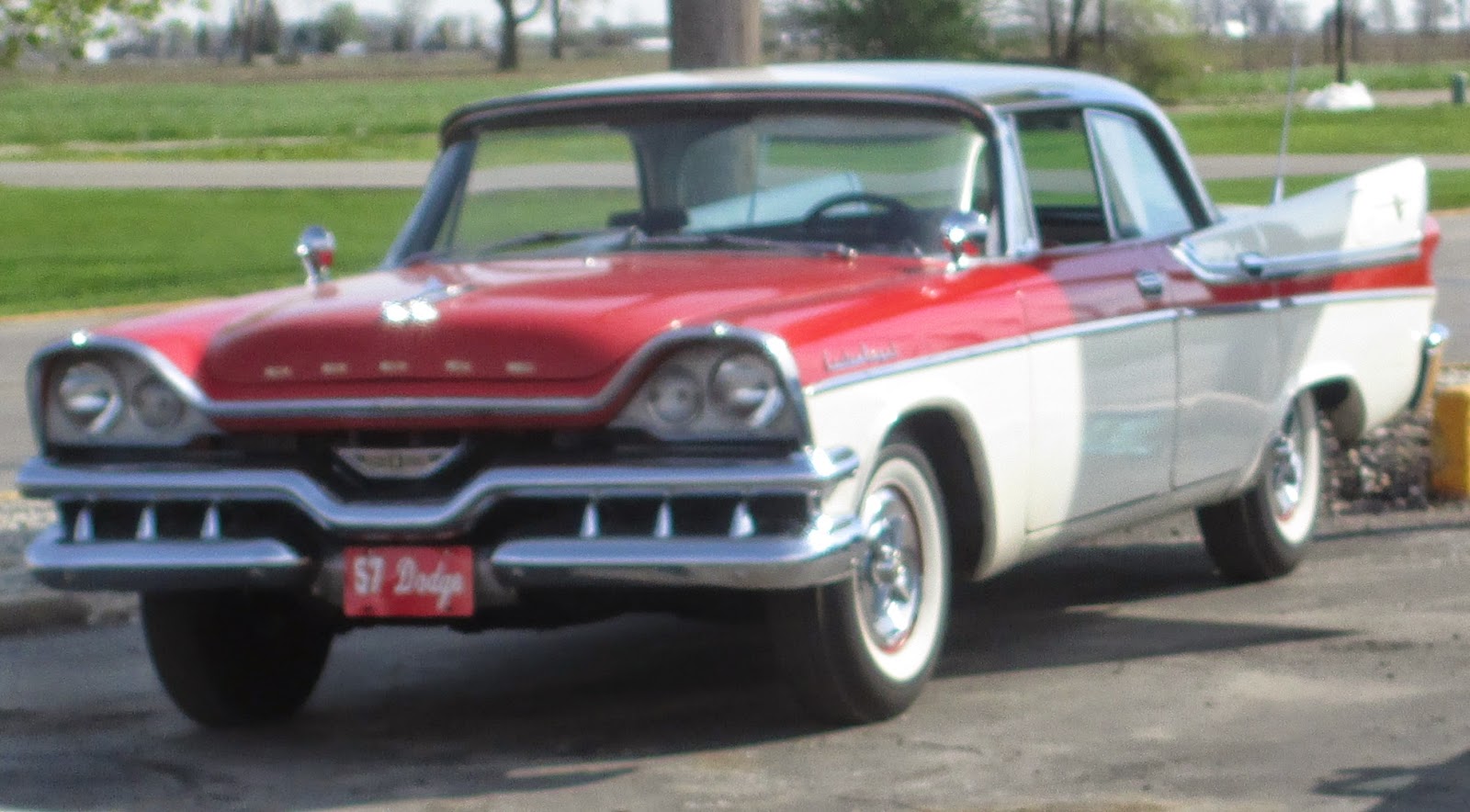 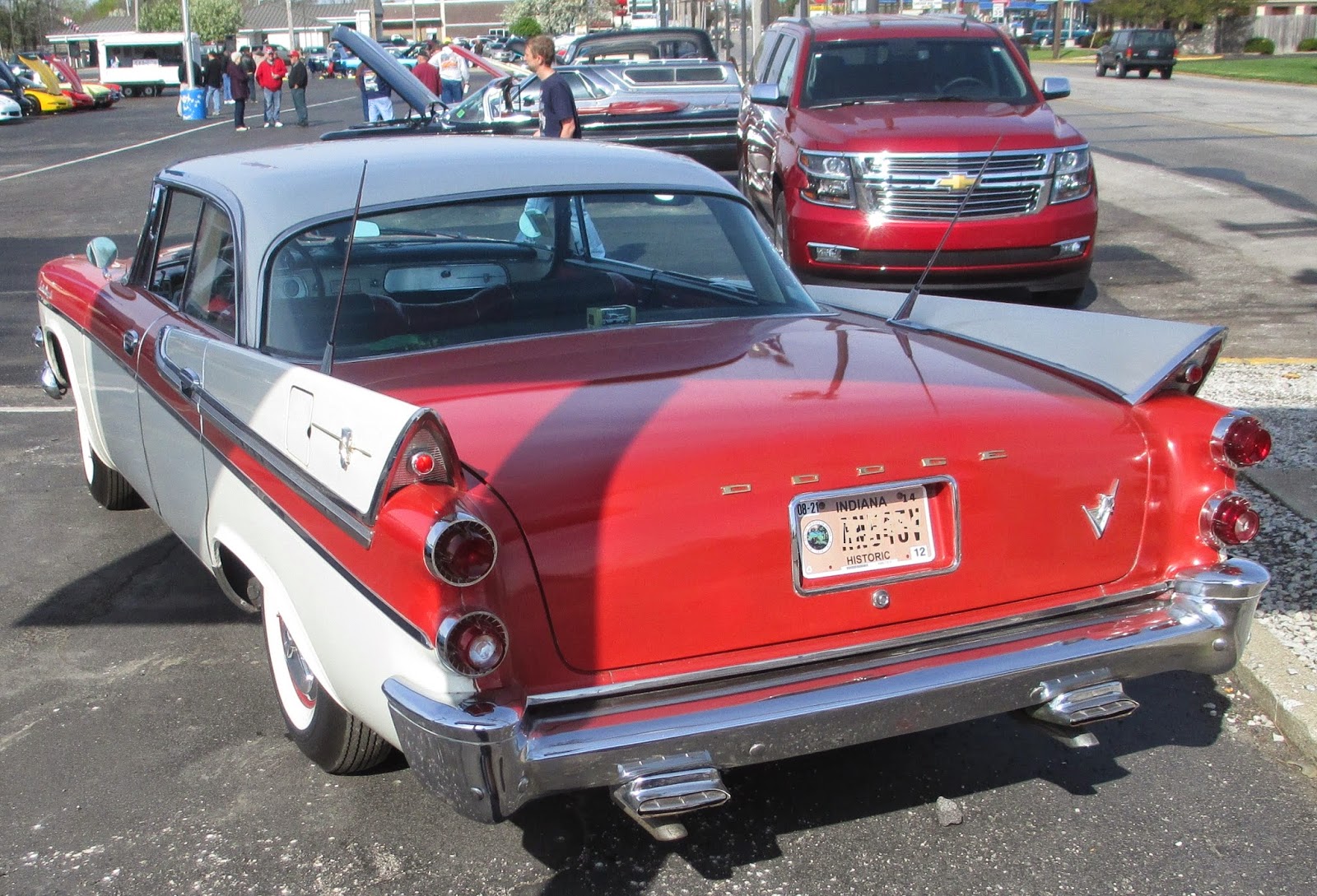 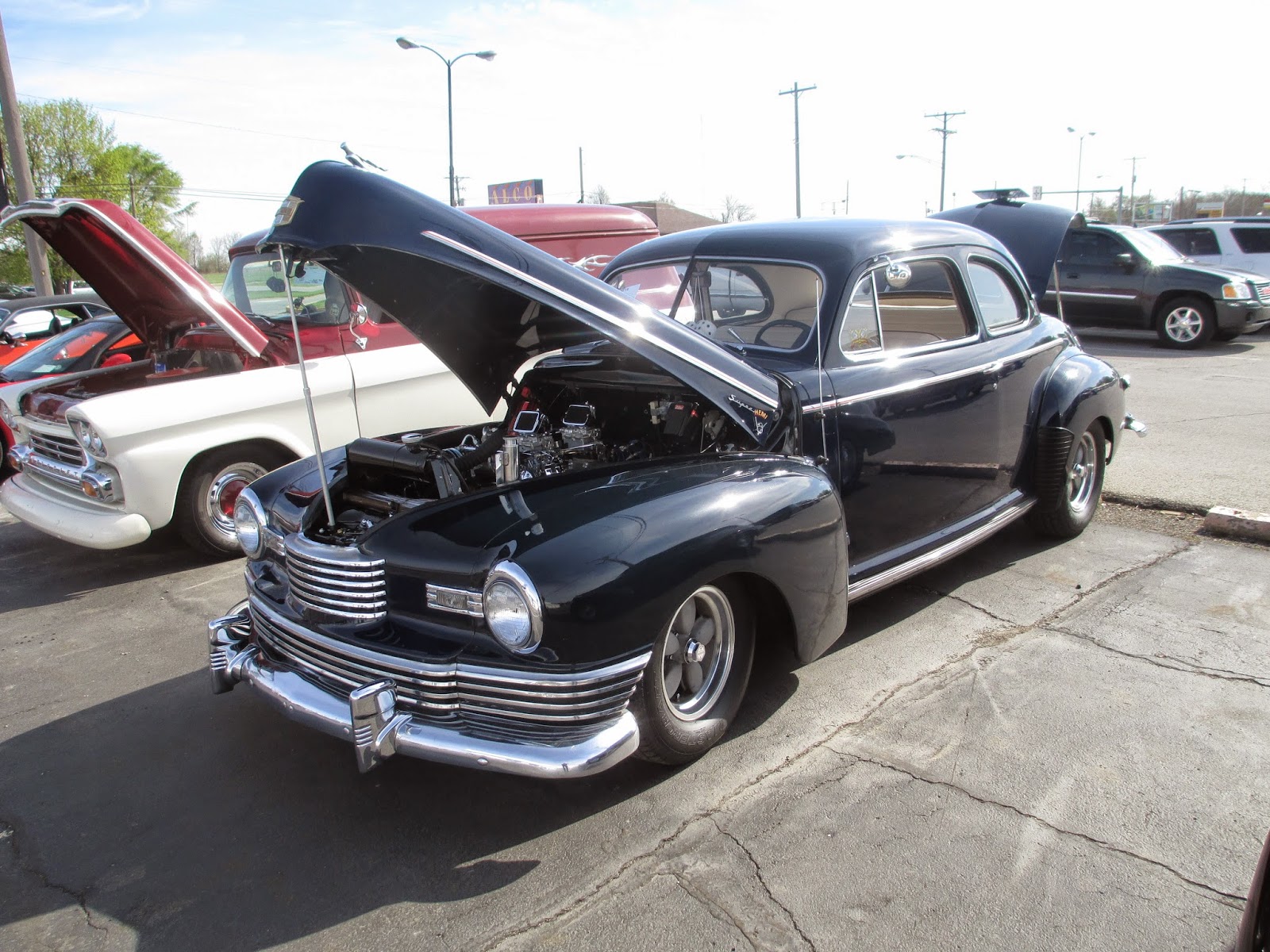 I rather liked the old Nash, too.
Don't see many of them; never did.
When I was a teen, Dad drove a '39
Nash for a while.  Borrowed it while his
wrecked '41 Chrysler was being
repaired.  Whole other story.

I love classic car shows - everything used to have such style and verve...(ehh - doing the 'good old days' thingy)

Interesting. I wouldn't have guessed you liked those flashy finny things.

Those are terrific cars. My husband would be glued to that place. And the wrecked Chrysler sounds like a good story- maybe a future post?

Grace, strolling through an old car show is time well spent, imo! Cars once had "personality." They now all look the same to me.

Sharky, nostalgia. Remember, I was not yet 25 when this Dodge was new, and I could only dream.

Shelly, it flashed through my mind that I might be able to generate a story from my dad's bad fortune. We'll see.

They probably called that styling "futuristic." Style-wise, I think the 1932 REO coupe is my favorite.

In the dealership, while I was waiting for them to change my car's oil, I saw a pair of new Dodge vehicles. A Charger and a Challenger. Yes, I can spell "lust."

Chuck, "futuristic" was a big deal in the fifties. Olds even adopted a rocket as their logo.

That 32 Reo is sweet; hard to picture today's styles as any improvement on it. During my teen years I "lusted" for the 41 Cadillac.

I have a son who sold his Challenger for a more "practical"
vehicle. A granddaughter hs a Charger. Ooh!

I remember the Nash. I didn't think they looked appealing. I feel the same way about the modern car referred to as the "Cooper."

Vee, my Better Half said just last evening that the Cooper was ugly. But then, I showed her an Acadia I am salivating over, and she said it was the ugliest thing she ever saw, well, except for the Pontiac Aztec. Wanna bet I don't get an Acadia?

If you get an Acadia, then I vote for a wardrobe shopping spree in Paris for Better Half.

Vee, if (this) one got an Acadia, there would be no wherewithal for that proposed shopping trip. Actually, I'm sure neither will happen.