A Monument to Caution?

Here I sit in my automobile talking to a telephone.  Why is that?  Well. I drove the daughter to a dental appointment.  Masked, I went in, sat in the empty "waiting room."  "Sir," the receptionist, oh, so sincerely apologetic, "We'll have to ask you not to sit it the waiting room."

Back in March I wrote a post entitled "My only post on covid-19.  I hope."  And that was my hope, but how can one not remark on this remarkable situation?  Okay, I could let it pass.  And it was a nice, sunny day, if a bit chilly.  With the windows rolled nearly to the top it is quite comfortable.

Comfortable enough, I think, that this calls for a nap!

May you be well, and treated with respect. And show grace to others; they are stressed, too.

Posted by vanilla at 5:04 PM No comments:

An Englishman Bites the Dust

402 years ago today Walter Raleigh succumbed to the ax.  I memorialized him here.

Posted by vanilla at 4:20 PM No comments:

It's been a month

stretched his arm to the other side

to see if she had come back to bed yet.

awareness:  she will never come back.

until the dawn breaks.

And he said unto me, Son of man, stand upon thy feet, and I will speak unto thee.

And the spirit entered into me when he spake unto me, and set me upon my feet, that I heard him that spake unto me.  --Ezekiel 2:1-2, 6th century BC

Stand up, and the Spirit will help you stand.

No Man is an Island

No man is an Iland, intire of itselfe; every man

is a peece of the Continent, a part of the maine;

if a Clod bee washed away by the Sea, Europe

is the lesse, as well as if a Promontorie were, as

well as if a Manor of thy friends or of thine

owne were; any mans death diminishes me,

because I am involved in Mankinde;

And therefore never send to know for whom

Every man is a part of everyman.  No one does it on his own.

Approaches plagiarism, you say?  Maybe.  It is cobbled together from some lines I heard in an old Western movie from half-century ago and a verse in 2 Samuel 19:35, adding a sprinkling of my own experiences.

Solomon said, "There is no new thing under the sun." And Willa Cather wrote, “There are only two or three human stories, and they go on repeating themselves as fiercely as if they had never happened before.”

Twelve years ago today on a rainy night in the middle of Missouri I made my first blog post.  Here it is in its entirety.

"In Missouri at the end of a very rainy day on I-44.
Watching the 'debate' between two pretenders to the seat of power.

"There will be a tomorrow; but what are we going to do with it?

"For myself, I plan to get back on the highway and head on to Indiana.
But that's not what I mean."
I was right on at least one count: there has been a "tomorrow."  There have been many tomorrows I can see looking in the rear-view mirror.  I could scarcely have imagined even had I tried what those tomorrows would hold.  My retrospectroscope is so much more accurate than is my crystal ball.
When I first wrote on "String Too Short to Tie" I had a beautiful companion who shared my life, almost my every moment since that day.  Now I am alone.  Who would have predicted that?  I am older than she was, I am male, two factors that say I should have preceded her to eternal rest.  But the twists and quirks of life, the unexpected, in a word, is exactly the principal composition of life on this orb.
The past twelve years have been a joyous journey.  The companionship with my beloved is now but memories, wondrous and wonderful memories.  My proclivity to sit at the keyboard and pound out word after word, stringing them together to provide entertainment or enlightenment, if not for other readers at least for myself, seems to be shrinking, even as the body itself and probably the mind as well is in that stage of life where shrinkage seems to be the norm.
One who has read this far might well ask, "What is your point, vanilla?"  To which I would be compelled to reply, "Not everything has a point."  And I could go on from there to cite example after example from life in this day and age which surely would support the assertion.  i won't.
Be well, and keep the faith!
Sincerely,
vanilla
12 years and 2876 posts later 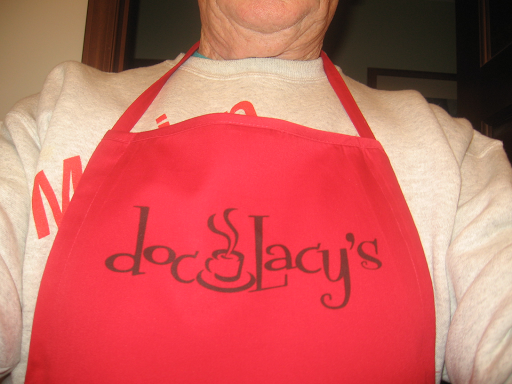