An old guy ln hospital can get really tired doing nothing, or doing anything for that matter.
Posted by vanilla at 5:49 PM 6 comments:

Thank you, friends for your concern and prayers.  Thanks especially, Coleen and Ďon for caring for JoAnn.


Remember when Tony advertised the frosting for
what it was?

I am in the OR or in ICU.  I have no idea when I may be back here.  Meanwhile, enjoy your visits around the blogosphere.  Stay warm.

The Lord is my strength and my shield; my heart trusted in him, and I am helped: therefore my heart greatly rejoices; and with my song will I praise him.  --Psalm 28:7 (KJV)
Posted by vanilla at 5:00 AM 7 comments:

Beloved Beautiful got coloring books for Christmas.  She is thrickled. 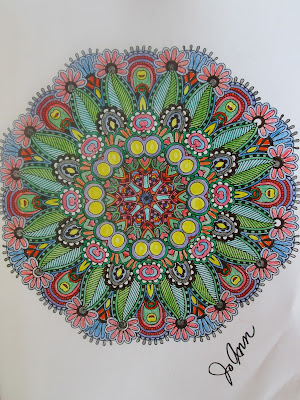 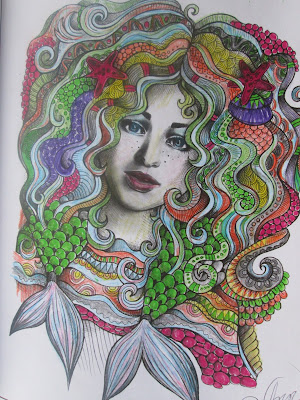 Just the Tip of the Iceberg #T

We have a poltergeist living in our house.  We cannot catch him in the act of performing his nefarious tricks, but he is busy.  Worse, he seems to strike with increasing frequency as the weeks
and months go by.  It is no longer amusing.

In November while BBBH was away vanilla laid a hearing aid on the table next his work station.  The next morning he noted that it was still just where he put it.  No need to wear it, he thought, there is no one here and certainly there is nothing worth watching on the tube.  So he left it.  The day passed and vanilla retired for the night.

The next morning vanilla decided that since he was going to the library that he might utilize the equipment, so going to the table, what?  The hearing aid was not there.  In a certain degree of frustration, looked the house over, wracked his brain for a clue as to whether or not he had moved it and forgotten about it.  After about the third day, vanilla decided that when BBBH returned she would easily locate the lost item.

She came home.  She did not find it.

Then last week vanilla filled out a ten-page admissions questionnaire for the hospital.  There was a line requiring the spouse's signature.  He had her sign it.  She remembers signing it.  A few days later he went to the folder where it should be and it was not there.  It was not on any table, bookshelf, desk, or anyplace else that vanilla and BBBH looked, which was essentially everywhere. Numerous times over the course of many days.

Both items are still missing.

But if I get my hands on the poltergeist, well, mayhem may ensue.
Posted by vanilla at 4:00 AM 9 comments:

Labels: (not so) funny, aggravation, aging

Does God withhold blessings and communications?  I don't know the theology requisite to a response to this question.  I do know that over the years I have heard people, dear saints of The Kingdom, say that it seemed God did not hear their prayers; that the ceiling above them was of brass and their petitions would not penetrate it.  Just this past week as I attempted to exchange words of consolation to a newly widowed friend she responded with, "God did not answer my prayers."

A difficult moment in the lives of two Christians as they converse at the foot of the casket of the  dear departed spouse, the one wracked with grief and doubt, the other feeling failure in his role as comforter.  We know that God does all things well and in His wisdom chooses the timing of His blessings.  We know this, and we know that it is ours to accept God at His word, to await His time.  And yet.

We read in Isaiah 54:8  "In a little wrath I hid my face from thee for a moment; but with everlasting kindness will I have mercy on thee, saith the Lord thy Redeemer."  (KJV)

Doubt is not sin; we are human.  Yet He will hold us in His hand in spite of our own tenuous grip.

btw, I have heard it said that doubt is the opposite of faith.  No.  In fact, doubt may be the foundation of faith, for without questioning there is no basis for believing.  Or so I think.

I pray as the father of the stricken son in Mark chapter nine, " Lord, I believe; help thou mine unbelief."

On a cold winter's day we present again a tale evoking memories of a warm and pleasant time of long ago.

Seven decades ago we attended camp meeting.  Every year.

Camp meeting was held on the camp grounds.  The campgrounds had facilities for lodging.  It had a dining hall with kitchen.  And most importantly, it had a tabernacle.  A tabernacle is a huge roof supported by posts such that the effect is an outdoor meeting place, but roofed to keep out the sun and the rain but not the birds and insects.  In fact the birds rather liked to nest in the rafters and the mosquitoes rather liked the people which made for some interesting occurrences during service from time to time.

The tabernacle had a gravel floor, but it was tiered such that everyone, more or less, had a good view of the platform which was elevated in the front of the auditorium.  Just before one got to the platform, the lowest tier was covered with wood shavings, sawdust, if you will, with the mourner's bench between this level and the platform.

Evangelistic preachers would come to hold the meeting.  The workers usually consisted of two preachers who alternated platform duties, and special singers, usually a young man and his wife who were talented in music.  Sometimes they were not so young, and had their whole family with them.

Now the routine went like this.  The bell-ringer traipsed over the entire grounds, missing none of the lodging places, ringing the rising bell promptly at six in the morning.  This gave people time to rise, say a few prayers, and be at the breakfast line by seven.  Things  happened between breakfast and the first service at ten o'clock, but for us kids it was mostly a time to do stuff without the interference of adult supervision.  The grounds were patrolled and mischief was not on the agenda.  Ten o'clock:  church service, the whole nine yards, and usually out by noon, except when the people that responded to the altar call were still trying to pray through.  Then the workers and a few of the faithful had to stay with them, trying to break through to heaven.  The rest of us went to lunch.

Then supper in the dining hall at five-thirty.

Then the bell-ringer went about, announcing ring meeting.  Ring meeting was held outdoors, as if the tabernacle were not sufficiently outdoors.  People stood around in a ring on the lawn, sang songs, and gave their testimonies.  There was considerable shouting going on.  "Glory!"  "Hallelujah!"

The evening service began at 7:30.  This one was likely to last until well after bedtime for a normal nine-year old boy, because it was in this service that the devil's grip on people's souls must be broken.  The more people that could be swayed to come to the altar, the better.  Sometimes the "invitation" might require the singing of "Just as I Am,"  and "Almost Persuaded," with the "Sad, sad that bitter wail, almost, but lost" lines sung over and over, the preacher having long since worked himself into a lather, falls exhausted in front of the altar to pray, even as the singing continues.  The fellow-worker and the superintendent then are left to close out the invitation and get the prayer-meeting started for real.

This is the story of the tin cup.

Camp meeting ran for ten full days, actually starting on a Thursday night and ending after the evening service on the second Sunday next.  Plenty of time for prayer, praise, preaching, potatoes, and palaver with many from near and far.

Our camp meeting  started in mid-June, running, for example from the sixteenth through the twenty-sixth.  The days were long, without doubt, and could get hot, more than likely.  Thirst, and not speaking here of spiritual thirst, could get intense.  But provisions were made!  On the south side of the kitchen, on the outside wall, was a standard bib, or faucet, which one could turn on to obtain water.  Yet a container for the refreshing elixir was required, so hanging on the bib was a tin cup.  A beautiful, standard tin cup was placed there for the convenience of one and all.

Thirsty, we never gave it a second thought.  One wonders how so many of us survived, even unto old age.  Yet even in that unenlightened (and probably better for it) time, there were one or two who did give it a thought.  I am thinking of Mrs. W, wife of one of the pastors on the district, a lady always dressed just a tiny cut above the run-of-the-mill "outfits" worn by most of the women.  So Mrs. W gets thirsty, as do we all.  She traipses up the walk to the spigot, reaches into her beautiful black calfskin purse and pulls out a ring-like object about two inches in diameter.  She grasps the nether portion of the ring in her left hand, the upper part in her right, and pulls.  Behold! it becomes a drinking cup!  She runs the water, quaffs her refreshment, takes a hankie from the purse and wipes the cup dry, folds it and returns it along with the handkerchief to her purse.  She ambles away.

Three of us kids standing nearby watched this little skit play out.  Just as she was, we hoped, out of earshot, two of us started snickering.  "Some people are too good for their own good," said Wes.  "Yeah," I chimed in, "I hope there was snot on her hankie."  "No, no.  Now stop that," said Andy, who was two years older than we, and therefore presumably wiser in the ways of the world.  "You should be grateful that she was considerate enough not to smear her cooties on our cup."

Gleeful laughter as we all skipped off to see what other wonders might appear to further enhance our day! 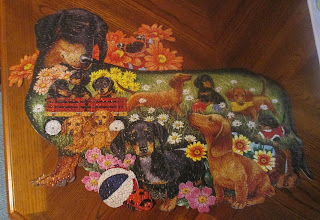 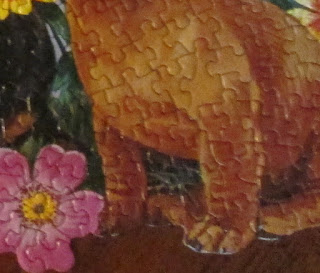 MNWR headquarters is occupied by militants, a situation about which I know only what I read on social media, i.e., opinions and flame-throwing from left, right, and heaven knows where, and from the mainstream newspapers and tv outlets, which is pretty much the same thing in a more sophisticated format.

All that to say that with what knowledge I have gained about the West from my years of living and reading, a good bit of that time in the West I know enough about the situation to disseminate obfuscating and obscuring smoke and virtually no light.  Which is another way of saying I know about as much about it as any other random person you might encounter, or read or listen to on the airwaves.

Yes, I could give a sketchy rundown of the history and throw around names such as Malheur, Roosevelt, Bundy, Hammill, Harney, numerous politicians and even some alphabet salad: FBI, BLM, NWR, there's your proof of that.  But I reiterate: I could shed no light.

But.  But an article I read in the Oregonian stated that the occupiers were using BLM computers and had access to the information thereon.

I doubt I am much smarter than the average bear, but one question.  Okay, compound question:  Where is the power switch to the compound and why has someone not flipped it to the "OFF" position?

If you have followed this episode in the various media and if you are a thoughtful person, you may have observed that there is a number  of words that appear in virtually every article you read that have not been used here.