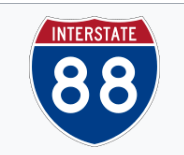 Today is my birthday. Little kids still get excited about their birthdays, at least I hope they do. Iin my case, excitement is probably not the best word to describe my emotional state. Gratitude may be closer, or grateful to have been allowed to be an inhabitant of this orb all these years. I do thank the Lord in Heaven at the end of each day for having given me another day, and I thank Him when I rise in the morning for allowing me to see the light of another day. How much longer this will go on, I have no idea, for we may hope for a future, plan for the future, but we may not see the future, and specifically we are not allowed to see how many days we will yet be allotted. It is our responsibility, and to our benefit, to live each day as though it is our last day. So, what is it that you would like to do with the rest of your life? Do it now.
Old people may or may not be founts of wisdom, capable of offering great advice. But in any event, it is the case that they have lived a long time and have seen lots of days. So, talk to them. You just might learn something, and if you don't, the recipient of your attention will appreciate it in any event. If you talk nicely. And stay off the lawn.
"Many things about tomorrow, that I cannot understand. But I know Who holds tomorrow, and I know Who holds my hand" -- Ira F. Stanphill
The only way you can see I-88 is to travel to New York State, for that highway is contained entirely within that state.
If you want to see somebody who is 88, stop by my house here in Perfect, Indiana, for today I have reached that milepost in my journey here on Earth.
Posted by vanilla at 12:15 PM 6 comments:

My friend, Joan Young, a.k.a Joan of Shark, or Sharkey, left her home near Ludington, Michigan on December 1, 2021 to walk the North Country Trail in its entirety.  She has walked it before, but in bits and pieces encompassing the entire length, but this time she intends to complete it in one journey and has allotted herself a year in which to complete the trek. The NCT extends from Vermont to central North Dakota.  Look it up online. In preparation for her hike, Sharkey devoted considerable time to refurbishing a small travel trailer which she has dubbed "Sunny." She essentially rebuilt the entire vehicle from the ground up, doing virtually the entire job by herself.

Sharkey is a world's wonder.  Originally from Upstate New York, she now lives on Michigan's west coast.  But Indiana made a contribution to the woman she is today, for she took her baccalaureate degree from Taylor University at Upland, just up the road a piece.  Joan is a botanist with expanded interests into many areas scientific. She is a novelist and has published a number of mysteries. She is an avid and faithful blogger.
You may follow Joan's NCT adventure at https://myqualityday.blogspot.com/ You will find an account of each day's adventures and the wonderful pictures she takes along the way. Joan has currently completed over 900 miles. But Margot grew up, and as time will do, it has had its way with her, so to speak. She is no longer a little girl in Mary Janes and pinafores.  Neither is Margot the lovely yet snippy little thing who tore the hearts out of many admirers in her youth.  Oh, she was not cruel, deliberately breaking hearts.  It is just that the young men could not but want her and she was very picky, even persnickety.  So, it was rare that she deigned to notice the attentions of a would-be suitor.  Yet blessedly she eventually found Mr. Right and they shared their lives together a long happy time. They produced offspring, who in turned produced offspring of their own, and so on.  But only days after Margot and Evan celebrated their sixtieth anniversary Evan departed this life.

Magot is not only active in her community's affairs, but she also devotes considerable time to her grandchildren and their children.  In a word, she is family oriented. Everybody loves Margot.  Yet she is as outspoken as ever.  One never wonders what Margot thinks of anything or anybody.  We have all come to accept that in her, and not only accept it, but admire it, too.  Lordy, how I wish I could be so forth-coming sometimes.  But while everyone thinks Margot is cute, and strong, and upright, if I were to respond to people or situations as she does, I would be labeled a cranky old man.

Margot celebrated her 85th birthday last week.  Some of her "girlfriends" got up a party and took her out on the town.  I guess it was something else; and since it was something else it is merely mentioned here in passing.  She dropped in on me recently in the company of her eldest daughter, Gwen.  We had a wonderful visit, rehashing old times, reliving the good old days and so on.

Over the third cup of tea I ventured to remind Margot that though we had some years on us we were both single now.

"Well," Margot said, "that's a good thing so far as I'm concerned.  That we are both single, I mean, and as for me, I intend to stay that way."

"But," said I, "I thought you and Evan had the perfect life together."

"Absolutely did," she said.  "And nobody else could ever match my Evan, and by nobody, I mean you."

"Oh, yes.  I am a nobody.  Perhaps that's why I thought we might be the perfect match."

It is the only time ever in my long acquaintance with Margot that I saw her at a loss for words, and Gwen, bless her heart, laughed out loud!

Posted by vanilla at 3:54 PM No comments: