Posted by vanilla at 2:22 AM No comments:

I pretty much avoid political discussions in public fora, so take this as an armchair observation on high school physics.  We were introduced to something the teacher referred to as "The Law of Conservation of Energy."  Also there was talk about something called "The Laws of Thermodynamics."

This does not purport to be a physics lesson or a scientific treatise.  Rather we ask that you simply apply some good sense reasoning to a couple of circumstances we are facing.  The proponents of the Green New Deal state that the installation of a few million more windmills and the production of a bazillion more solar panels will solve our energy needs, no more reliance on petrofuels, and voila! Paradise on Earth!

As we say, reflect on this a bit.  What is involved in the building and installation of the aforementioned saviors of our Earth?  Yes, try to imagine the steps in production, manufacture, installation of these behemoths.  Do you have any idea of the mining, manufacturing, transportation, and on and on.  Now, my suggestion, if we really believe in green energy, is this.  Do all of the above WITHOUT the use of any petrofuels!

And may the sun always shine and the winds never cease.

Posted by vanilla at 2:00 PM No comments:

I think we are infested with new tree ants: there B1 right there.  and there B6 more. I've not heard so much talk about vitamins and minerals since I was in third grade.  And trust me, these pills stink.  How could that be good for me? Well, people put lots of stuff past their nose to get it on the taste buds.  No accounting for tastes.  But in this case I try to sneak them past the taste buds.

What's he on about now? you might ask.  Things have changed around here since the meals are prepared by a health guru, a person who eats "clean" meaning everything is as near to 100% "organic" as possible.  I am not complaining.

I do seem to engage in the sin, venial, I hope, of drinking from the tap.  Water is supposed to come in bottles, don't you know?  Not happening.

I don't know whether to walk in shame or in pride for yesterday I took a short ride and parked for some reason by AT&T I caved, don't you see? Came home with a cell phone in my pocket but I'm beginning to think I might have to lock it in the house for safe-keeping For trust me my eyes are leaking it won't fit in my pocket dang thing is so big to carry it would drive me out of my wig  Man-purse you say  Get out of here go away  There is no such thing  Ring-a-ding-ding  So grab my flip phone and out the door No bad choices today or forevermore.  I hope.

Labels: (not so) funny, communication, electronics

Little scriblets by little old man during their last summer together.  Published elsewhere and gathered here for preservation.

Little old woman and little old man Cooked their eggs in a frying pan  Took a spin on their tandem wheel And saw the world all too real  Everything a terrible sight Gave them both an awful fright  Back home they hung their jammies on the posts of the beds And pulled the covers over their heads.

Little old woman and little old man on Sunday night  Sitting together everything is all right  She reads from the Bible old man listening    For old woman will turn to him her eyes glistening  And ask him a question to test his attention  One thing he gets and feels really blessed  Is that our sins are covered by the blood  We've passed the test  When we believe and confess The Lord  And let Him guide us through His Word.

Little old man said little old woman, Let's go for a ride and no more than said it  And the skies opened wide  It poured and it rained it rained and it poured  The lightning flashed and the thunder roared  It poured some more but then the skies cleared  Look it's sunny not so bad as I feared  Put on the shoes got in the car But had gone only this far When on our own street we ran into this  Literally. [street covered with water knee deep]  We went for a ride anyway.

Little old woman said little old man They are coming to take us away Who When  They Today They are coming to take us away  Hey hey They build cell towers they scramble our brains  They will mess us up worse than derailed trains  There is no escaping They know where we are  They know when we sneeze or get in the car  It's a hopeless case I tell ya Ma  Whether or not we zig zag or yaw  They gonna get us if we hang around here  Oh Wait Maybe SpaceX will take us there  There  Where  Right there he said pointing to the moon  What I think she said is that you are a loon.

Little old man had a birthday today  Little old woman said keep getting older you'll be ancient one day  You are already an antique--mm What rhymes with antique   Never mind you're just an old codger  Here have some more beans and corn dodger.

Little old woman said, Please button my shirt. But, said little old man, my fingers hurt. They got the job done Though it takes two to do the task of one.

.Little old woman and little old man sit side by side The hour is getting late and I'm sleepy, he said.Well, I'm not, little old lady replied. So he lets his head loll and the shades drop over his eyes. Get up, he hears her say, I don't think it's wise To sleep in your chair until break of day. So he'll get up and toddle to bed but will he sleep then?  Nay.  What light through yon window breaks? Why, it is the sun, he awakes. Nay, not so, for little old man's prophecy came true And no matter clouds or sunlight this day is bound to be blue.

Life in the slow lane--  I heard a young woman mutter, Get out of my way. Yep, My Way, as though she owns the store And the aisle and probably more.

With the Kid at the Zoo

Why is giraffe's neck so long?  It has to reach from her head to her shoulders. 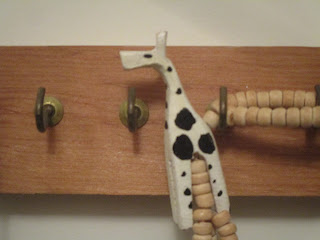 Why does elephant have a trunk?  So he can carry his emotional baggage.
. 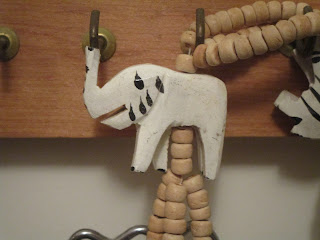 Why does zebra have stripes? So you won't think he's a jackass. 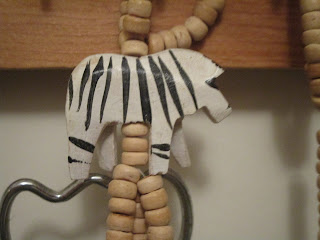 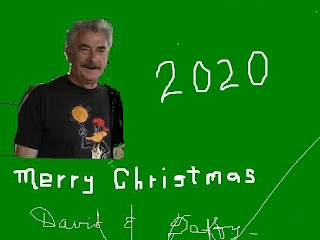 Idling away the time at the car dealership

Paid a visit to the Ford Home today.  Paid the bill and drove home. 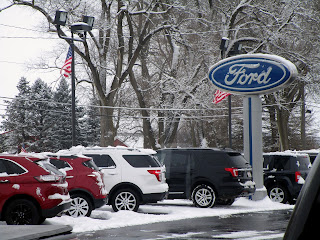 Two black beauties parked in the showroom, a Mustang and a Cobra  GT 350. 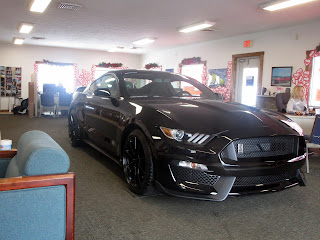 Grille work.  I can't recall the number of times I have laid that stuff inside the form in building a concrete pad.  But whatever captures the designer's imagination. 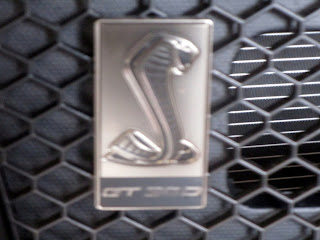 Trust me, this beast was all black with the exception of the chrome snake and the GT designation.  The white wall on the tire does not show at all to the naked eye.  The camera sees all, though. 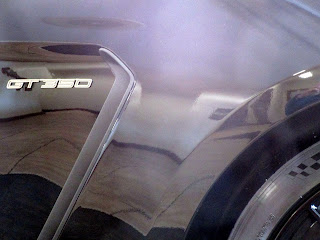