The heart leaps! Spring is near!
Be not deceived
These latitudes are not relieved
Of winter's ice and cold
This soon.

A respite brief
Yet some relief
From long chill
Set in the bones.

Then hunker down
'Twill soon be past
Prepare for next cold
Snowy blast.

The Scripture lesson is in 2 Kings 22.  Josiah began his reign in Jerusalem at the age of eight.  We are told that he followed in the steps of David and did that which was right in the sight of the Lord, turning neither to the left nor to the right.

Presently we see the king when he was about 26 years of age order the repair of the temple.  A historical preview is here in order.  Solomon dedicated the Temple in 950 BCE.  We are studying Josiah in about 622 BCE.  A lot of time has passed between these two monarchs.  Everything built with human hands falls into disrepair and decay.  And so the temple through neglect and abuse from time to time had been repaired twice prior to Josiah's day.  About 800 BCE it was repaired by Joash (2 Chronicles 24:12) and also about 100 years prior to Josiah by Hezekiah (2 Chronicles 29:12).  And Josiah now finds the building falling to staves, so to speak.

I found it interesting that when King Josiah ordered the money for the repairs conveyed to the workmen who would be responsible that he stated that an accounting was not necessary, "because they are honest in their dealings." (2 Kings 22:7)  The question lurking in my mind is this:  Are there today reliable people, honest in their dealings, in whom such complete trust might be placed?  As difficult as we may find it to believe, given human nature and the proclivity to avarice, apparently Josiah's trust was not misplaced.

The real thrust of the chapter is the finding of "the book" and the King's sorrow and agony over the wickedness of the people.  God told him that He would rain punishment and destruction on Jerusalem, but that mercifully He would let Josiah die before he saw this terrible thing because "Your heart was responsive and you humbled yourself before the Lord." (v. 19)

Josiah died in battle around 601 BCE and fifteen years later the Temple was destroyed by the Babylonians.

Notes on the narrative.
1.  The chronology is from the website of The Temple Institute, Jerusalem, Israel.
2.  Herod's Second Temple, completed in 64 CE, was considered one of the wonders of the ancient world.  It was destroyed by Titus's Roman forces in 70 CE.
3.  It is a goal of devout Jews to rebuild the Temple yet again.

God who made the world and all things therein, seeing that He is Lord of Heaven and earth, dwelleth not in temples made with hands. Acts 17:24

It's Off to Church We Go!

Vanilla and Beloved Beautiful Better Half are on their way to morning worship service.


You didn't think we were Lois and Clark, did you? 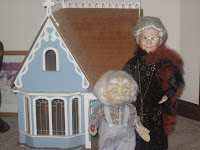 She gave this all up for me and nineteen years ago today we met at the altar and each of us said "I do." 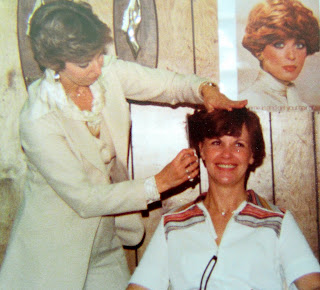 To those who hoped she would be back at work by June that year, "Hah!"  We are starting our twentieth year today and we are looking back with thanksgiving, and otherwise we are looking forward to our next adventure.

Have we had some stuff?  Who hasn't had. 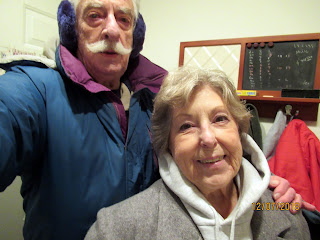 JoAnn recently commented on a facebook meme that no one had ever written to her a list of reasons why he loves her.  Really?  I told her I could not do that because it would require writing a definition of her.  That's it!  I love you, JoAnn, because you are you.