I shared this story on STSTT several years ago.  I can picture Dad clacking away on his old manual typewriter, twenty-six years ago today.

The following is  from my father's writings.  I go through his material from time to time and share some of his wit and wisdom on the weblog as I feel impelled to do.

The time of this incident, circa 1924, the setting, a  farm in Southeastern Colorado.  These memories were recorded  when Dad was eighty years of age.  I know this because the document is dated July 19, 1991.

When I was in my early teens, I came into possession of an outlaw horse, a very bad deal for the horse, as I remember, but game he was.  He was always looking for a way to ditch rider and destroy life as well.  Oh, that "strawberry roan," under fourteen hands high but mighty in determination and revenge.  Falling with rider on back was his delight.

Number one:  With eyes bulging, running full force, teeth set in the bit, he ran headlong into a heap of discarded woven wire.  At that time I wasn't even classified to be called a Holy Roller, just an angry sinner, until I saw old Dewy doing the roll himself, trying to get untangled from his own mess, while I, bruised and angry went to his rescue, not for pity's sake, but to capture him so that I wouldn't have to walk home.  With disappointment in his eyes, I saw, more than heard, him apologize for his wrong-headedness.  A lesson learned that day from a horse.  A good apology vents the soul from all venom.  Indeed:  Oh, yes!

Number two:  When Dewy ran for vengeance he was trying to find a way to do the thing he had in mind, or did he have a mind?  We always traveled full-tilt out on the farm, but why would he pull to one side and step in a hole?  On purpose, I sincerely believe.  He had a gambler's heart, innocent eyes, and seeming readiness for the run, just waiting his day.  What a trip to the ground!  A somersault on the horse's part, and a belly buster without any water for a landing place for me.  Again an apology-- accepted with the understanding that he must carry me home, for I was bruised awfully.

Number three:  This time a badger hole.  I think my shoulder was broken, but I had to milk my share of the cows anyway, one handed, I must say.  Dad didn't believe in Drs. nor did he have the money for such niceties.  Nature would, in time, take care of that.  About this time I thought of praying for relief from pain that lasted for days, but how was I to pray?  I didn't know how, but I sure did develop a strong left hand for milking.  Bad wind that blows no good, so I had learned the hard way.

Number four:  An indentation in the road was sufficient excuse for another roll.  By this time, I had heard others pray, but when I tried, it didn't seem to do much good.  Does God hear prayers offered in profanity?  Well . . .

Final fall:  Across the ridges in a field.  There must be a magic number some where, but I am not sure where.  I sold the brute and got all my money back, with a bit of increase.  Beginning of my business life, after recovering from my last ride on Old Dewy.*

Business life  (to be continued) 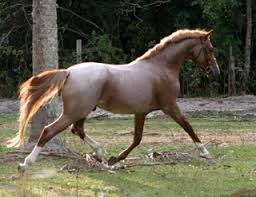 Other snippets of Dad's writing may be enjoyed here and here.

*I heard Dad speak of Old Dewy many times.  I pictured the name as "Dewey" ala Admiral Dewey.  I first thought to change the spelling, then thought, Perhaps Dad did not name the horse after the admiral, but rather called him "Dewy" because he was always in a lather.  You reckon?
Posted by vanilla at 4:00 AM

Dad did have a love/hate relationship with that horse. I had forgotten that his name was Dewey.

Vee, I loved to hear dad talk about old Dewy.