We seem to have an infestation of crickets in our house this fall.  At any rate, I have removed three or four a week.  For centuries it has been believed in many cultures that a cricket in the house is good luck and to remove it or to kill it is bad luck in the extreme.  I am not so superstitious, but unlike BBBH who has been known to skoosh them, I grab and toss out the door.

Thus to study this phenomenon in greater detail I went to google and opened images.  What should I get?  Insects, of  course.  What, in fact, did I get?  Pictures of men garbed in serious protective gear and holding a strange fat bat.  Say what?  Not one image of a cricket.  What has the world come to?

Some people believe that an unusual manifestation of crickets in the house portends a hard winter.
Personally I think any winter would be hard for such a tiny creature.  I know that is the case for me.

It is claimed that one can determine the air temperature by counting the number of chirps emitted by a cricket in 14 seconds.  To this number add 40 to get the temperature F.  That is c + 40 = degrees F.

Get your stopwatch and have at it.  I say as I hear the cheery chirrup of a critter challenging me to oust him from the premises. 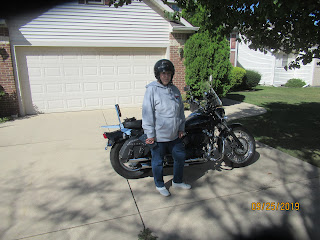 It finally happened.  I can't tell you how many times over the years that I have seen BBBH in a parking lot talking to a motorcycle guy.  I've long had this niggling fear that she would one day ride off on the back of a two-wheeler.  It finally happened today. 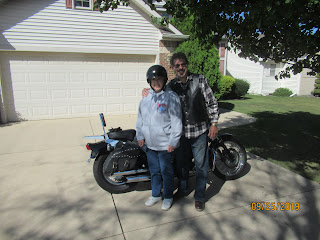 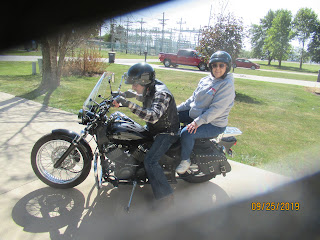 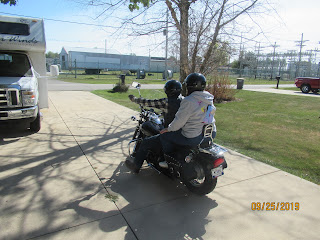 And there she goes!

To fulfill the dream for her, her son, Curt brought his machine over and took her to Mississinewa State Park.  They had lunch in Greentown and made an afternoon of it.

They returned safe and sound.  Well, as sound as motorcycle devotees can be.
Posted by vanilla at 5:54 PM 4 comments:

Go ahead-- guess where we spent this beautiful Tuesday. 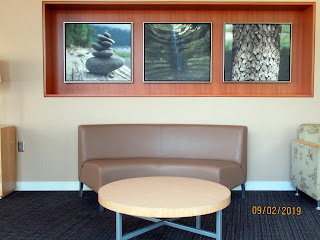 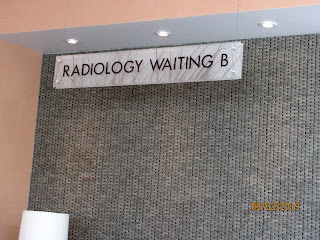 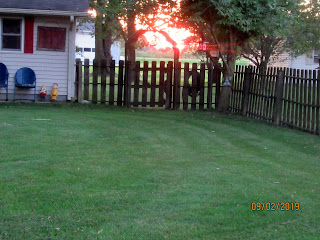 Headed out on a beautiful Sunday afternoon, destination Salamonie SRA.  This view across the lake is a l o n g shot a doesn't do justice to the scene. 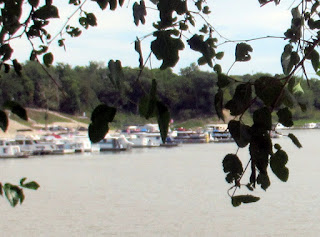 Just relaxing, enjoying the environs and the company. 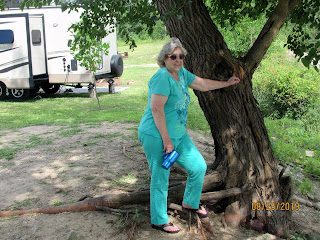 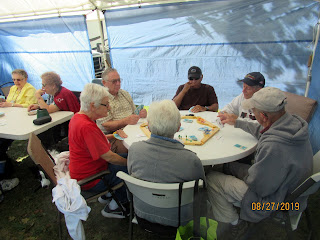 From the park we headed north to Holland, Michigan on Thursday morning. 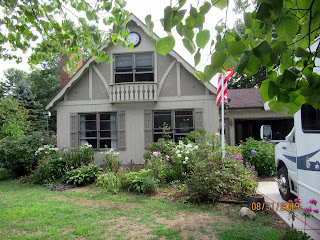 This is the "Cuckoo House," property recently acquired by Shari and Reid; 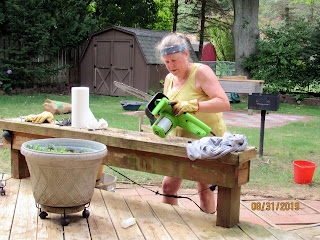 Shari doesn't mind a little work-- or even a lot of work! 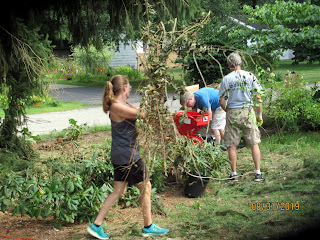 Many hands make light work, and everyone pitched in.

My BBBH certainly did her share, and even I did what I could.
Another Sunday and we are safely home.
Posted by vanilla at 8:13 PM 4 comments: