Saturday night, somewhere amidst the corn and soybeans which, by the way, are turning golden and brown.  In fact we saw one corn field where the combine was making passes.  Ah, autumn in Indiana!

But this night was a night on the town.  We had dinner at Erica's which is one of our favorite places to spend money to let someone else cook and wash up.  Then to the Atlanta Music Hall.  The band was in fine form. 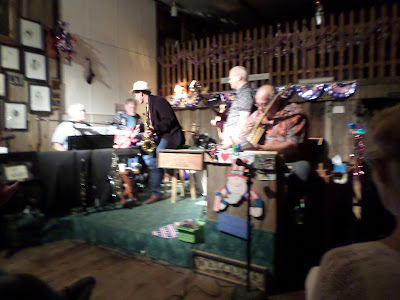 The gentleman in the boater and linen jacket was the evening's dance partner to BBBH whom you may see on the far right.  I mean they cut a rug, sashayed across the floor and brought down the house.  Bob is 94 years of age, and BBBH is a spring chicken, relatively speaking..

The band director asked the couple to do another number in the second set, but they declined, claiming the energy level was insufficient to support another go-round. 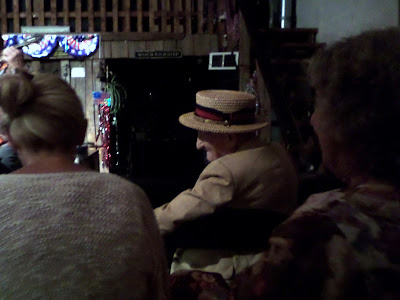 We actually rolled up the streets in Atlanta; we shut the place down.  That is our car in the distance and we were literally the last to leave main street.  It was 9:30 p.m. 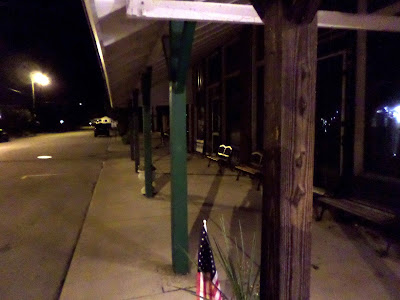 I cracked up at the last paragraph!

Grace, oh,yes, 'tis true. A late night out for elderly people is home by ten. The elderly little town shuts down by then, too.

What a wild life you lead.

Chuck, the wildlife around here is not limited to deer and raccoons.

Well, good for you! Sounds like a GREAT time!

Fun! (Left a comment previously, but must not have entered it correctly.)

Vee, it was fun; and home before bedtime.

Lin, swingin' to the oldies!